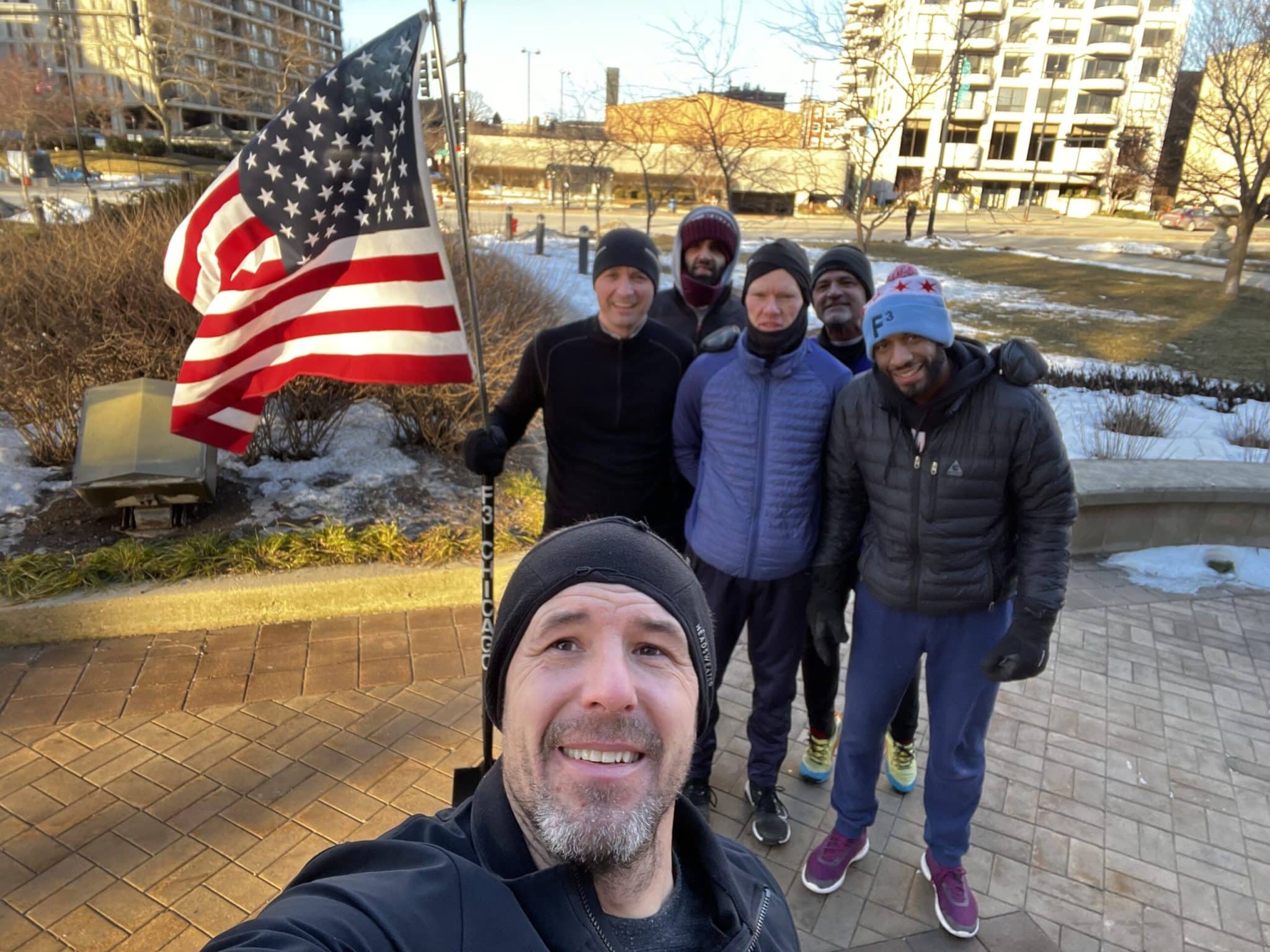 Sorry for being a day late and a dollar short. Zoo Crew kicked off with no Q so we rotated the leadership roll between the 6 PAX that made it to the AO.

Homer took charge of Warm-A-Rama. PAX did a multitude of different exercises, all of which I’m ashamed to say I don’t remember.

Sumo lead the PAX to the playground where three stations were set up. With two PAX at each station, everyone was instructed to exercise to failure. Station 1 was dips. Station 2 was swerkins. And station 3 was pull ups. PAX rotated to each station as they completed them. Once everyone was done it was time for Thang 2.

Lemond lead the charge. This was an alternating Mosey/Sprint/Walk/Merkin exercise in between light posts. After a few rounds of this, it was time for Thang 3.

Chick took us out on something that was totally miserable: Devil’s Spine. We moseyed up Armitage Ave, past Lincoln, where we started the madness. At each cross street, half the pax ran north one block, the others ran south one block. Once they reached the block end, they performed the prescribed exercises to a 20 count. Once done, everyone met back on Armitage and proceeded up to the next block. It was also at this time we determined the Rams are going to win the Super Bowl. Sumo also let slip that he finds American Football to be one of the dumbest sports in history and can’t understand why anyone pays attention to it. Sumo lost all his F3 friends. 😉

we headed back to the AO for our round of Mary. Again, it was an open forum where each PAX lead a different exercise. Homer lead with a brutal protractor. Sumo worked in some Zombie Crunches. Amtrak lead us through a century after spending way too much time getting Sumo to understand how to actually do it. (Sorry). We also did some other workouts which I can’t recall but ultimately ended with Lemond leading us through American Hammers.

it was definitely a wonderful opportunity for the PAX to show leadership and make at great workout with no pre-defined Q. We definitely need to do a better job with the Q sheet. TCLAPS to all the outstanding HIMs that made Zoo Crew a huge success yesterday.