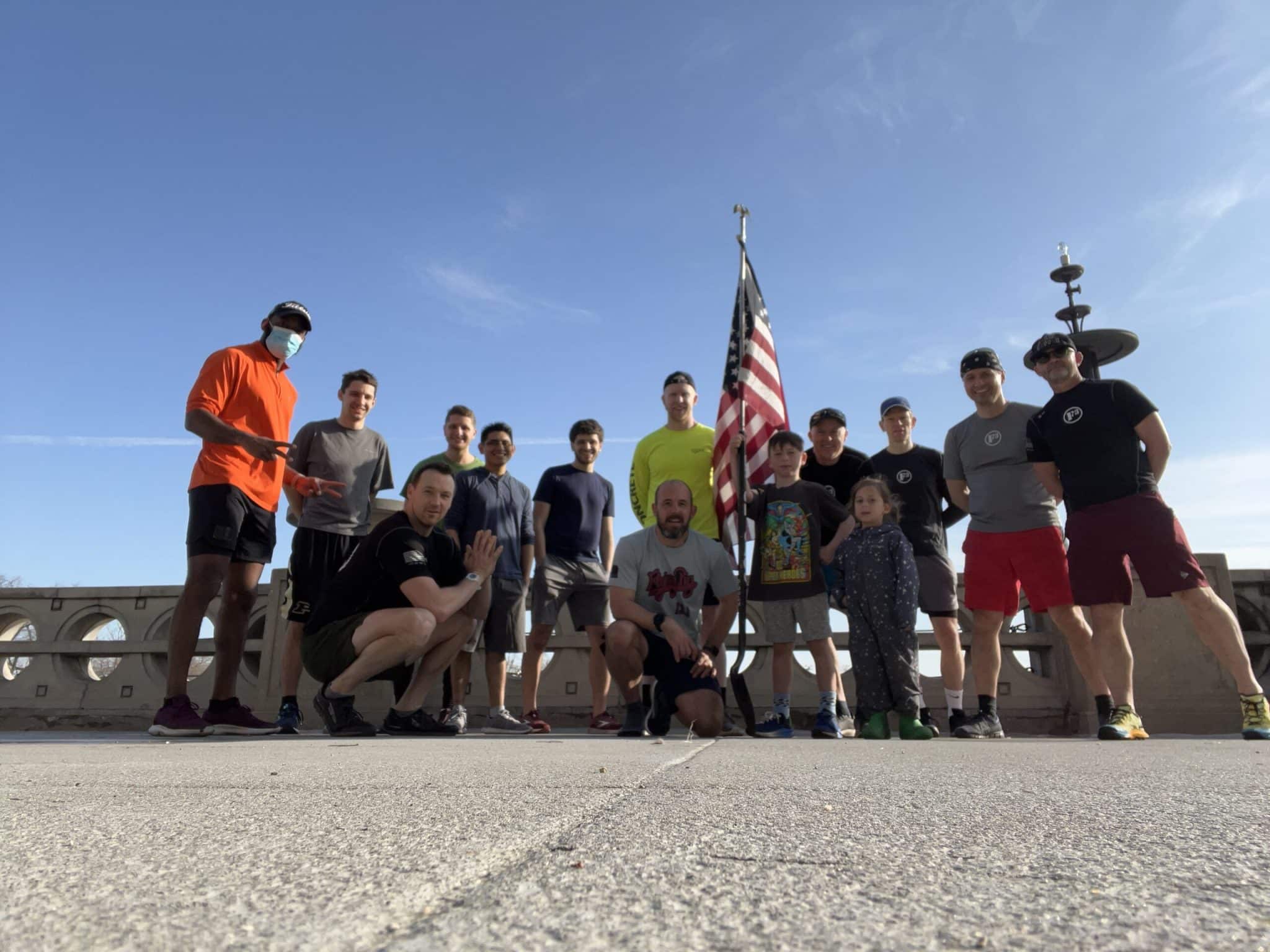 The day started out brilliantly at 18℃ and only got better from there. Barely a cloud in the sky for this special edition of Zoo Crew. We took a field trip today to The Green Room AO (Humboldt Park Boathouse) for a 3rd F event that immediately followed the beat down.

Sumo rolled in early with his two young kids, Zeke (7) and Rex (4) to take part in their first F3 beat down. Of course, coming prepared with loads of snacks, beverages and iPads definitely helped keep things tame. Homer rolled in shortly thereafter and helped us get the AO ready. All in all, we welcomed a total of 14 Pax today. We had one adult FNG and two younglings. The younglings didn’t go through the naming ceremony. There’s still lots of life to live and plenty of mistakes for them to make before a proper name can be assigned.

On an excellent note, it was awesome seeing Schroeder again! He’s been MIA but for completely understandable reasons. Regardless, welcome back to the gloom brother!

Zeke offered to read the F3 mission statement along with the 5 Core Principles. He did an excellent job. From there, we took it right into.

We started out with two rounds of a shoulder blast. The following set was done continuously two times, holding the position after each exercise:

We then moved on to our Earth Day themed events. The first was Global Warming with the following exercises mixed in:

That Global Warming really gets the hips and quads burning.

Continuing with the Earth Day theme, we started out doing probably the worst exercise set I’ve ever put together. I definitely regretted this. It’s called the Air & Water because of where we’re located. Excluding the two kids (taking our numbers to 12), Pax split into 4 teams of 3. This race of sorts involved one of the Pax from each team running around the lake at the AO. The other two on each team were split doing wall sits and Absolution. Once the runner returned, they switched to wall sits, the wall sits transitioned to Absolution and Absolution transitioned to the run. The winning team was the one that had the most number of Absolutions completed by the time the last Pax returned.

The winning team wound up being Lemond/Waddle/Schroeder and they handed us a 10 rep penalty of Body Builder.

Next up was the Fire & Earth exercise. This wound up being a Bear Crawl Ring of Fire. Pax circled up and performed Bear Crawls until Q halted everyone for a chest exercise. They were:

At this point we had about 15 minutes left and the volunteers started rolling in so we started our Mary routine:

Sumo started with a 10 count Big Boy Sit Up followed by Zombie Crunches (IC x 10). Then the torch was passed to Arts & Crafts who led us through another exercise (I can’t remember). Cup Snake sent us through a round of 10 crunches (IC). It was good to have our FNG get his feet wet leading an exercise.

At this point, the leader of the 3rd F cleanup event was awfully assertive in getting us done and moving our cars so we did a quick round of American Hammer and with that our beatdown was concluded.

It was a great time had by all and I’m grateful for the excellent turnout.