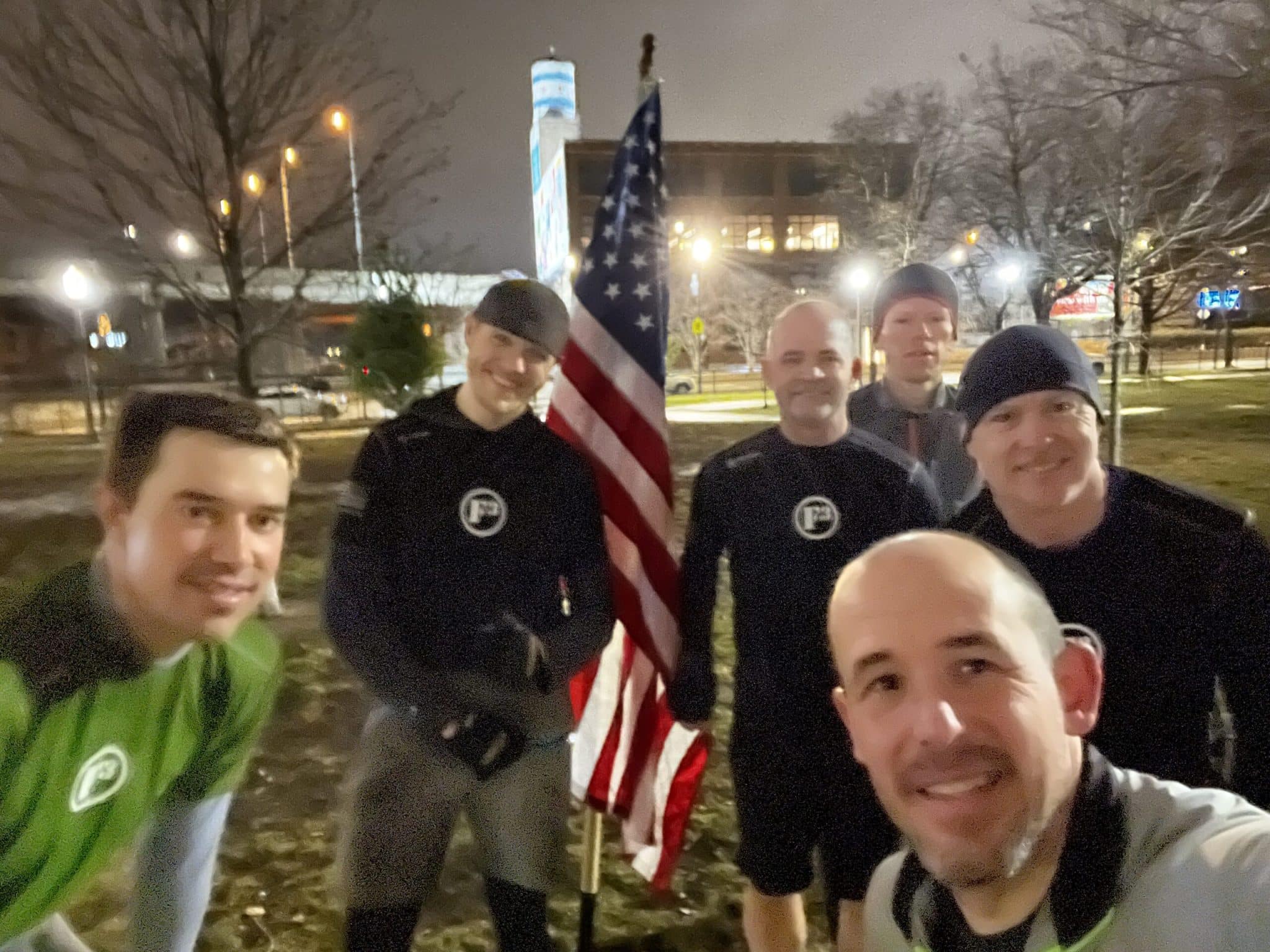 6 brave PAX met in the gloom this morning at Walsh Park for a solid Sumo beatdown. It was a balmy 9℃. Just cool enough to need the gloves. No wind. But it rained over night, not a typical upper midwest December weather event. That wet ground made for some great mumblechatter.

We kicked things off promptly at 0530 by citing the F3 creed and the 5 core principles. We then got into:

PAX moseyed to the middle grassy area where we broke into Wilt Chamberlain. There’s no access to a basketball court (something I’m still trying to wrap my head around considering the area) so we approximated the length in the grass. The activity consisted of 100 LBC, jail brake to the far end of the field, 100 air squats, jail brake back to the start, 100 flutter kicks, jail brake back and finally 100 lunges. PAX that finished early held each others 6 by doing mountain climbers.

After that we performed a modified Doraside. Again, because there’s no basketball court, we modified the suicides to be perimeter runs around the park. Due to time constraints we only managed to get in 100 merkins, 200 LBC and 300+ air squats. Sumo cut the Doraside short to save time for…

Bill Murray: This is an OYO exercise consisting of 10 merkins, 10 weighted BBSUs (the weights were nearby rocks) and 10 burpees.

We finished the beatdown with a Circle of Mary. Sumo kicked it off with Crunchy Frogs, Arts and Crafts gave us protractor, Rancid with Oh yeah…, and Sumo forget the rest. 🙁 Apparently old age sets in at 43. Sumo then finished off the beatdown with Captain Thor. Those are American Hammers with an added BBSU after each rep.

After announcements, Sumo gave the words of wisdom for the day:

Never stand begging for that which you have the power to earn. – Miguel de Cervantes

We all have a responsibility to be there for one another and achieve our goals. Stop wasting time crying over spilled milk and actually be the change you want to see.