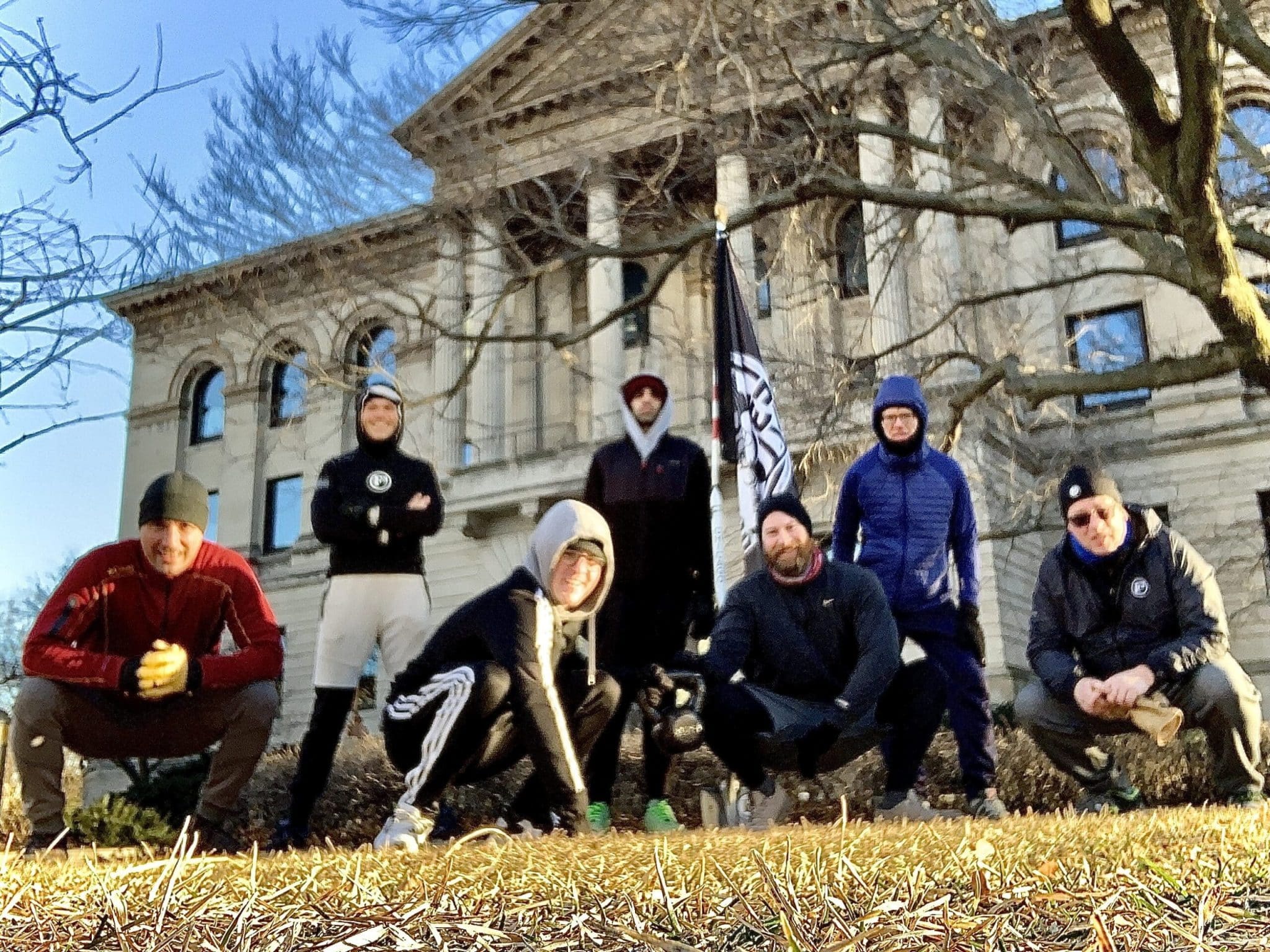 Beautiful, 10° morning at the Zoo where 7 got after it. YHC testing out an adidas tracksuit to pair with the forthcoming slav squats.

~~A mosey lap around the playground~~

~Mosey to bridge with kettlebell in tow~

~Mosey back to the start~

And that was it. Great to be back in the action after a hiatus. Met some new faces and braved the cold. The cold has a funny way of making things more meaningful. If you decide to go out in the cold to do something, you have an extra incentive to make that something worthwhile. Push a little harder, deal with a little more discomfort, and decide to feel invigorated instead of miserable.

I always feel grateful for the other guys in F3 in the hours after leading a workout, and this time is no different. But the added element of the cold makes the shared sacrifice feel especially important.