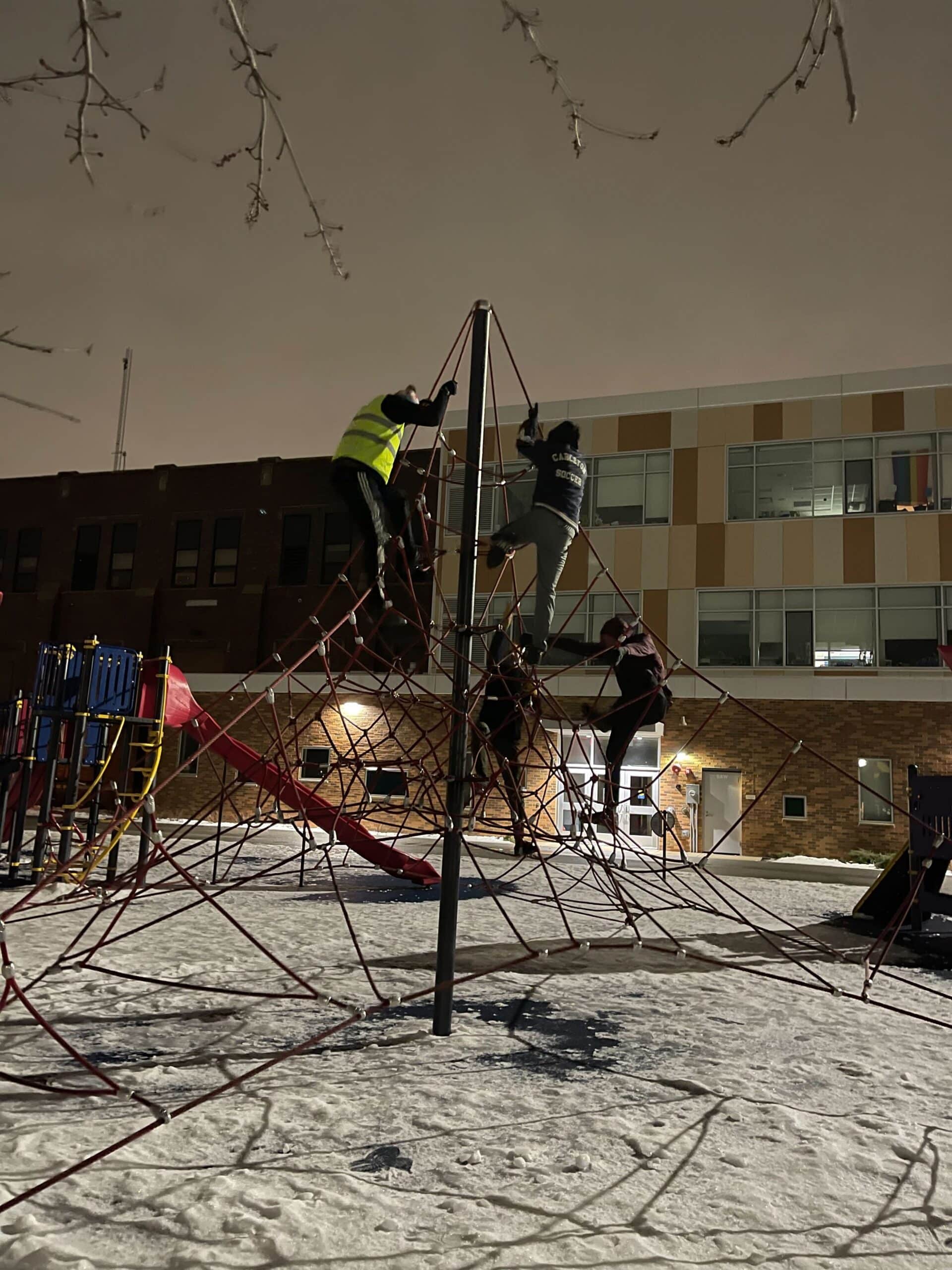 Eleven pax came out in the gloom to end the week right. It was run club, so we ran, and the ice and puddles (as well as YHC’s inability to read his own handwriting) led to Alliance offering up the episode moniker.

The Episode — Run to Rehm Park.  Upon arrival split into 3 groups, with one group doing Toe Taps, another doing Box Jumps, and the last doing Slalom Jumps over the Kiddie RR tracks.

Run to Euclid Square Park.  Upon arrival, YHC was unable to read his cheatsheet, and after recalling the exercise we did 10 reps (after originally calling 15) of what will now be called “Jargon” (after an attempted deciphering). Jargon has the makings of a good exercise.  Start in the plank position, on the one count move knees up and to the left side, 2 count is back to center, 3 count is knees up and to the right, and 4 count is back to center.  We also did some lunges.

Run to Carroll Park.  Upon arrival split in 3 groups, with one group doing swing push ups, another doing tricep dips, and the third group climbing the rope course.

Run to AO, with a detour north on Elmwood/east on Garfield/south on Cuyler.  Upon return, plank taps to 15.

Circle of Trust — The Pax that counted 6 went to the center to remind us of how he got his nickname and say what he most values about F3.  YHC shared a quote from C.S. Lewis — “The truth is, of course, that what one regards as interruptions are precisely one’s life.” Treasure the interruptions, they might be what you end up remembering.  And thanks to @Meatloaf for grabbing a picture.