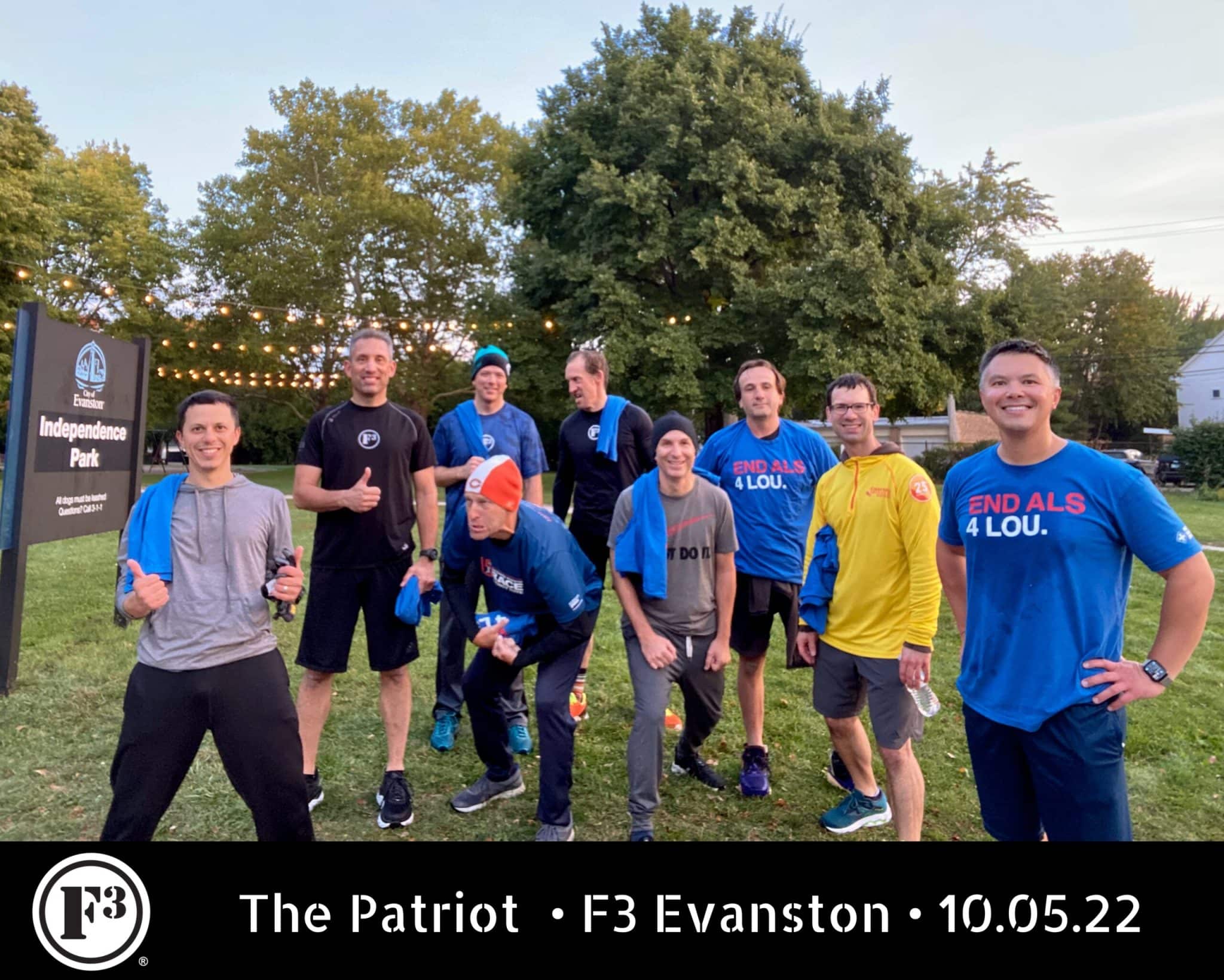 Given my New Jersey roots (hence the JWawa nickname, a mashup of JWoww and Wawa), I knew my VQ had to honor one of New Jersey’s key exports, namely pizza. Thus in the shadow of DeSalvo’s Pizza in Evanston at Independence Park, nine PAX gathered at 0600 for a PIZZA themed workout.

After the intro and disclaimer it was time to get down to business. Warm-o-rama included side straddle hops, arm circles, neck rolls, more stretching, and carrot pullers.
Following a quick mosey to a nearby parking lot, we started on three sets of PIZZA — Planks / Plank Jacks, Imperial Squat Walkers, Zombie Sit Ups, Zombie Walks, and Apolo Ohnos. Of course, every pizza needs toppings so we finished off with MEAT – Merkens, Explosive Push Ups, Arm Raises, and Thunderstruck for the grande finale.
Another mosey and a Round of Mary (Freddie Mercury, Box Cutters, Gas Pump, and Hammers) before wrapping up with CoT where PAX received some swag t-shirts for their hard work. After sharing announcements and concerns, we discussed the work of I AM ALS and their efforts to end ALS.
Special thanks to Combine for inviting me to join F3, to Ladybug for his encouragement, and to the Qs who have set a great example to follow (The Situation, Ned Ryerson, Kenny G, and 8-Track). And thanks to Othello for joining us this morning all the way from Charlotte.
First Q in the books and looking forward to many more!