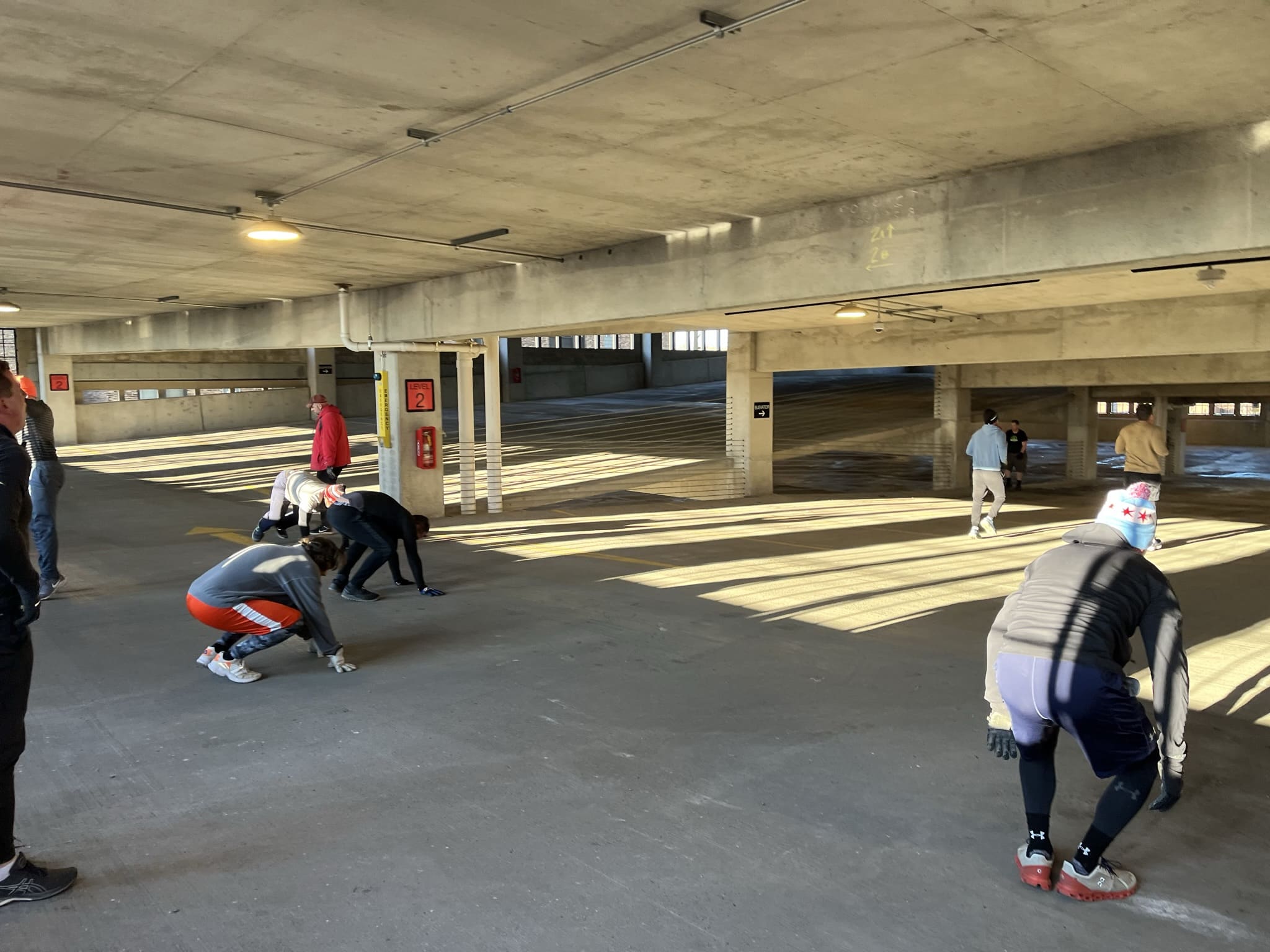 Three met early for an Extra Credit Run and hammered out a nearly 5k with a buncha mumble chatter as the sun rose. We landed at the start point a touch early – early enough to see the solid RisingSun crew roll in with their ruck sacks. Guys gathered on the WreckCenter carpet and YHC (Your Humble Correspondent) gave a quick disclaimer and started the warm-up. This is what it looked like:

Words : During World War II, fighter planes would come back from battle with bullet holes. The Allies found the areas that were most commonly hit by enemy fire. They sought to strengthen the most commonly damaged parts of the planes to reduce the number that was shot down.

A mathematician, Abraham Wald, pointed out that perhaps there was another way to look at the data. Perhaps the reason certain areas of the planes weren’t covered in bullet holes was that planes that were shot in those areas did not return. This insight led to the armor being re-enforced on the parts of the plane where there were no bullet holes.

The story behind the data is arguably more important than the data itself. Or more precisely, the reason behind why we are missing certain pieces of data may be more meaningful than the data we have. Don’t only listen to what is being said. Listen more to what is not being said.

Encouragement for the guys to pull the blinders back and rather than celebrate the successes in their family lives, look for where there are gaps. Serve your wives and be present for your shorties, something we can all work harder on. /Kodak Out!