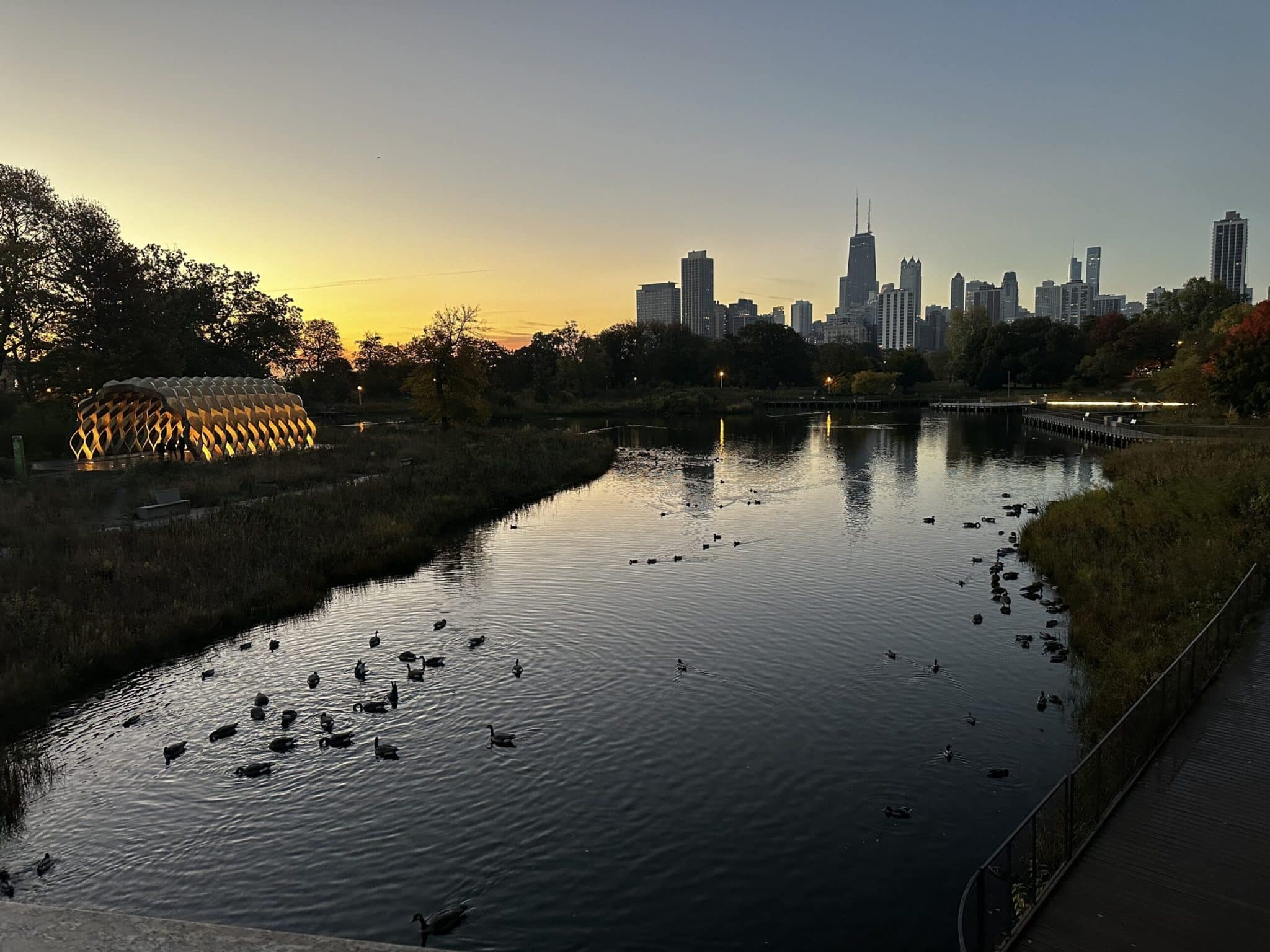 The Gloom is definitely upon us. Today was the first day this season that gloves were definitely necessary. YHC arrived a bit early so got to snap some early morning pics of the city and… a dragon. It was something else. And at 3℃, what could be better? After that quick bit of nonsense and back at the AO, our first PAX showed: Outbreak, a DR brother from Ohio. Glad to have him with us. And glad to have his son in Chicago for his higher ed.

But then Chick showed up which told YHC it was time to start. And sure enough it was. 🙂

After the quick introduction and count-o-rama, we jumped into it. Literally. SSHx25 IC followed by an arm barrage of Arm Circles, Circle Arms and Seal Claps, all x15 IC. Finally some Daisy Pickers x10 IC to round it out. And with that it was off to

In the interest of keeping it simple, especially since Homer was on deck as Q until YHC gladly stepped up to give him a break, the main part of The Thang came straight from The Exicon: Dark Webbs. You can look it up. It sucks. We rotated between four of us leading the counting.

We finished both The Thang and Warm-o-Rama after only 30 minutes. Having 30 more minutes to kill, we moseyed up to the Conservatory bridge for some more fun. Here, we performed dips on the rocks, starting at 10 (because why not) and then running along the path until it circled us back to the bridge and the rocks. This wound up being a treacherous decision because the path was frozen over and those fake wood planks are super slippery. We switched things up both in terms of route for the run but also reps for the dips. 10 was too easy.

GTL lead this and he had around 11 minutes so we got some mad core in. Between he and Waddle, they gave us so many different things it’s hard to keep track. But I’m grateful for the damage they did to us.