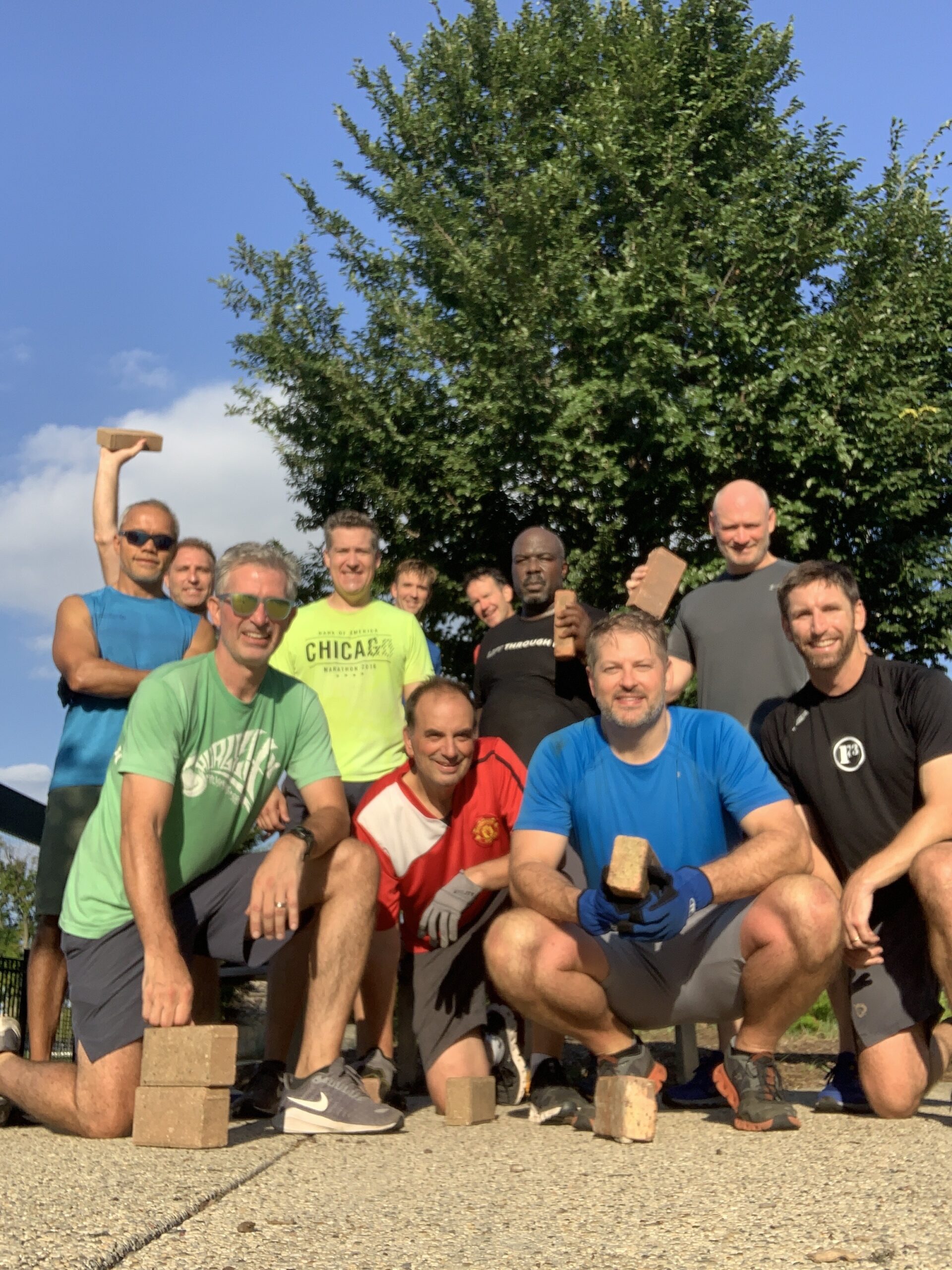 A sunny day for some brick work. It was great to see 11 out with @Birdland doubling up! The PAX pushed their limits with a little extra weight (couponitos) in their hands almost all 60 minutes. Coffeteria with 6 followed. Thanks to @SilverSpoon for grabbing the tab.

Mosey with Bricks (Brosey) to Beye

From a basic plank position, hands on bricks, raise one hand off the ground and punch across, behind and under the opposite arm.

On 6. Hands above head and all the way back – with bricks. Feet extended out. Lift legs and arms up in the air roughly forming a V shape.

From a basic plank position, hands on bricks, raise one hand the ground, then return it to the ground. Then repeat with opposite hand. Then complete a Merkin.

Mosey with Bricks (Brosey) to High School Parking Garage. Stopped for some Butkus’ on the way.

THANG 4: Bear Bricks – Bear Crawl from end line to 18 yard line and back.

A few quotes from F3 Q Source to consider:

Picture yourself on an airplane taxiing out to the runway. Doesn’t the flight attendant always instruct the passengers that in the event of sudden cabin depressurization oxygen masks will drop down from the ceiling. He/she then says something counterintuitive. If you are traveling with small children, put your mask on before trying to assist them. Selflessness would seem to require the inverse, that you would not help yourself before you helped them. Perhaps, but in a rapidly depressurizing cabin you won’t have the time. The issue is not whether you should help them first, but that you can’t help them at all unless you help yourself first.

The HIM (High Impact Man) constructs his Routines through the process of Bricklaying. Each individual Brick is a singular positive Habit that is light enough for him to carry and place together with other Bricks. Conjoined, the Bricks become a Routine that form and build his Guardrails. Once a Brick is set, it provides a place to lay the next Brick. Because it is set, the HIM has effectively deprived himself of the discretion to remove it. This enables him to focus his full energy on performing his Routines because he doesn’t have to waste energy thinking about it.

The HIM (High Impact Man) depends upon his Guardrails to continue Accelerating. The faster his Movement, the stronger they need to be. To get ready for the expected and be ready for the unexpected, the HIM gradually improves his Guardrails by constructing Routines that allow for increasing action with decreasing thought. Because it is comprised of positive Habits, a Routine does not require an active choice to perform. Over time, it becomes ingrained into the HIM’s daily rhythm such that it would require his active choice not to perform.