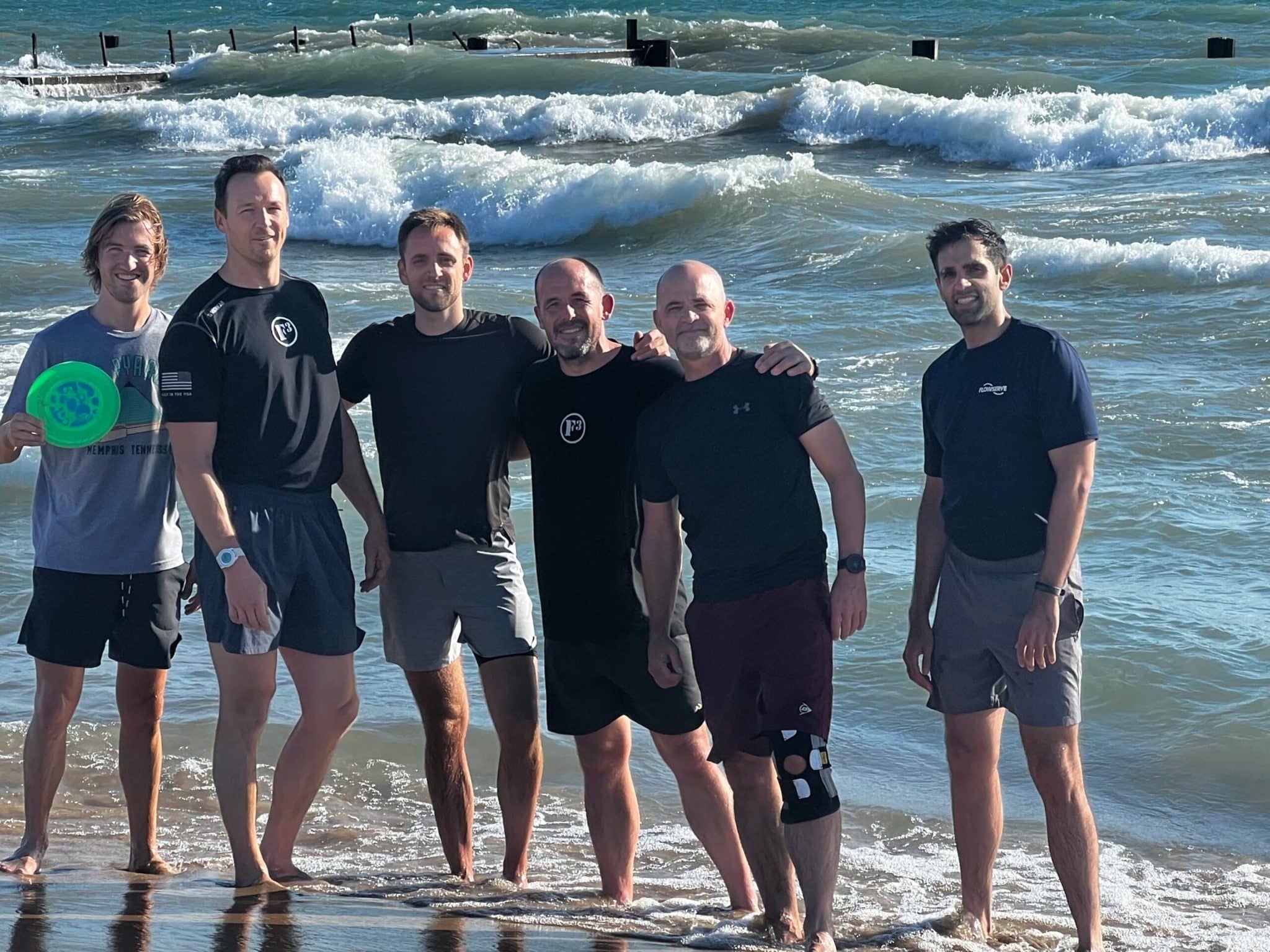 Today was a beautiful day to lay waste to some calories. With sunny and ideal conditions, it was time to do something a bit different than we’ve ever done before. It was time for a beach day!

QIC was super bummed that all our coupons were confiscated. But luckily GTL was here to save the day. GTL knew there was one that survived the coupon purge and we were lucky enough to find it. Hooray for GTL! And with that I made many PAX upset so my mission today was already accomplished. But still… we had an hour to kill so why not fill it with some solid exercising and a visit to the pain cave?

We kicked things off with Motivators from 6 followed by Don Quixotes (15 IC) and then a round of Arm Circles, Circle Arms, Overhead Claps and Seal Claps, each 15 IC. Finally some OYO hip twists to loosen up the lower back.

After that, we paired up and each group had one PAX jog around the building while the other sat in Al Gore. Then they switch off. We did this three times.

At this point it was time to mosey. We gathered our gear, the flag and our single coupon and had a lovely Indian Run which included Good Morning Burpees. The flag always stayed in front and the coupon right behind. As a new PAX made it to the front, the PAX being relieved grabbed the coupon and the rest of the PAX were in line behind. We continued this process and, each time we passed someone we said “Good Morning”. If they responded with “Good Morning” back, we stopped and performed 5 burpees. This process continued until we reached the Grant statue tunnel. Here we stopped for a People’s Chair break. All PAX lined on the all and held People’s Chair for an undisclosed amount of time. During this time, PAX, one at a time, performed either 20, 15, 10 or 5 SSH. Right at the end someone walked through the bridge and offered a Good Morning so we got a bonus set of 5 burpees. We had lots of great reactions, including one good sport joining in with us on a set of 5 burpees.

There were many motivating factors for having a beach day. First off it’s a beautiful day and there’s literally no further excuses needed. But I did have other motivation. Another primary reason was being at the beach we’d be seen by lots of passers by. This gave exposure to the group and it would at least draw attention to us. Also, I feel like we’ve been de-evolving into a workout group and losing focus of the 2nd and 3rd F’s. This gave us an opportunity for a built-in 3rd F.

The Thang was mostly simple. We split into three groups of two for some stations in the sand. Group 1, which we’ll call the lead group, had one PAX doing 10 reps of Coupon rows while the other PAX did… something. I can’t remember. Group 2 did SSH and Plank Jacks. And Group 3 did Free Throws and High Knees at the edge of the water. Group 1 was the lead group because they set the cadence and dedicated when the groups switched workouts. When 10 coupon rows were done, the two PAX switched spots and exercises. That informed the other two groups to switch. Once Group 1 finished 100 total coupon rows, the groups rotated to different spots. This continued until each group did each workout once.

We then had an awesome opportunity for a great beach photo op. After that we had a 3rd F event of picking up some beach trash before moseying back to the AO for a single American Hammer. Q misjudged time by about 3 minutes. Sorry for that.

It was a solid day with solid HIMs. And welcome to KFC!