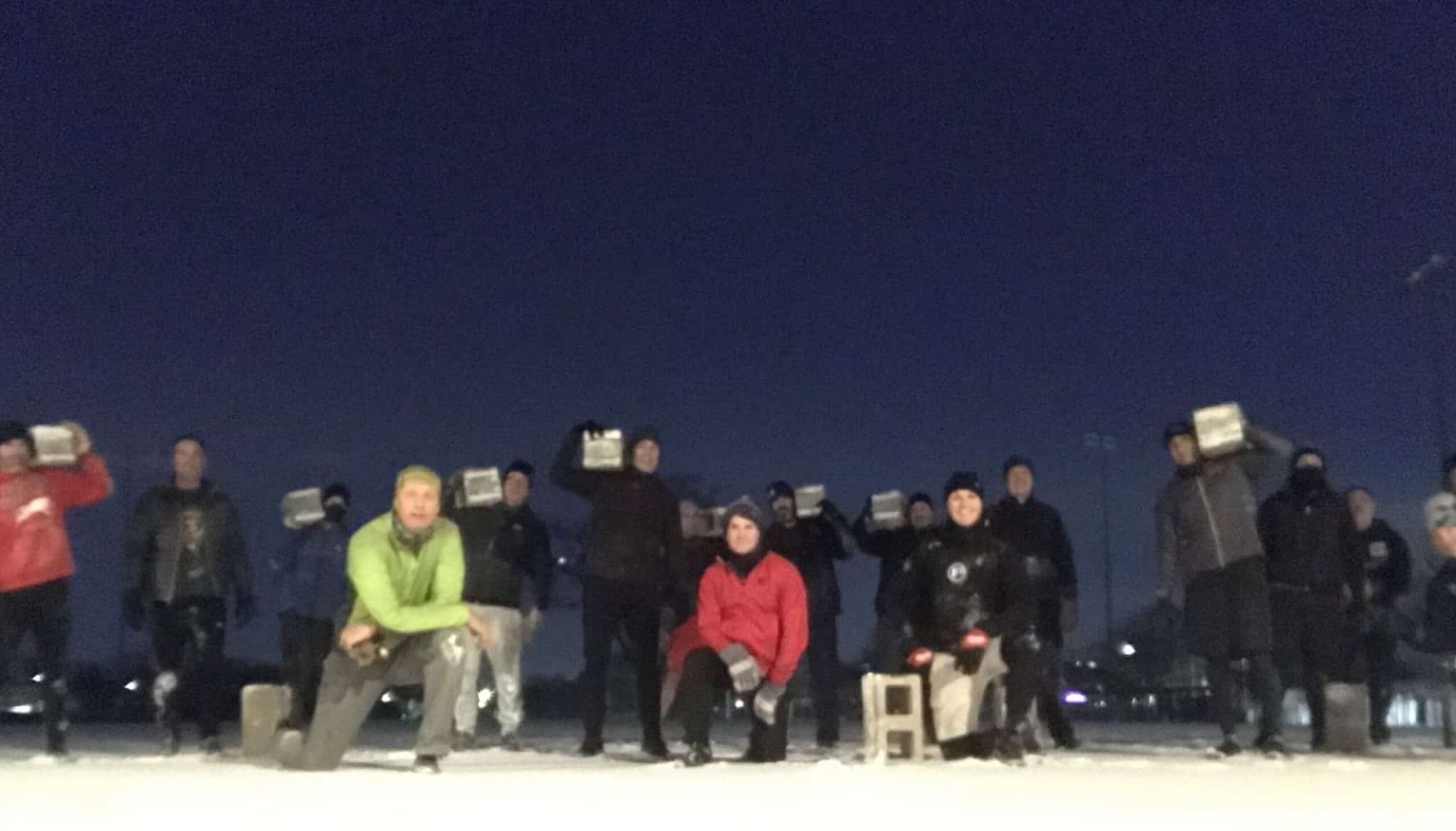 With some unfinished business, some thangs left on the table from last week, I grabbed the Q and wanted to get these ideas out of my head.

One FNG – Randy who, as a practicing attorney, was named Giuliani …. we tried to soften the blow by camouflaging the name as “Rudy” … but he provided a positive response : “Cool, I also studied at ND”. The PAX were like – “No way, that’s too soft”. Giuliani it is and I’m sure our new PAX will bring that name to good light!

Conditions : mid-teens however the stated windchill was in single digits. There was a fresh layer of snow on the ground and I wanted to get everyone on the ground. It’s best to get comfortable being uncomfortable.

COT
– Count-o-Rama
– Name-o-Rama
– Announcements
Miles’ VQ immediately following
2/07 Cutter is leading an 9 hole beatdown @ Columbus Golf Course
Two teams have formed for the Patriot Challenge : Teams will run a combined 565 miles in February, get on a team and help out!

Closing thoughts:
As we celebrate a change in leadership on this day on Inauguration, I wanted to focus the attention closer to home. Recently F3’s National Nantan (Dredd) stepped down and passed the flag to Slaughter.
In this event, Dredd offered THREE points of Leadership advice for Slaughter that I thought applied to me as F3OP’s Nantan, the leadership within the group and even/especially the individual Q’s who lead a single workout:
– When in charge, TAKE CHARGE. (this is what leadership is all about)
– You are only responsible for two things : everything that happens and everything that fails to happen.
– Whenever you hit a roadblock or not sure what to do next, remember this: love your men more than yourself. If you do this last thing, you’re never gonna go wrong.
I love these guys and appreciate their daily persistence and push. I said a short prayer and thanked SkyQ for the men at my side, the abilities he’s given me and another day to press forward.

Naked Man Moleskin : Now lemme come clean to the guys who were not there. I spoke on THREE points for leadership and blurted the first, … and immediately forgot the second. Guys were shouting out all kinds of suggestions, all misses, while I started to fumble w/ my weinke knowing full-well that I’d be unable to read in the dark w/o fumbling more … but when I heard (I think it was Cutter) “when in charge – take charge” … I recovered with : “did I say three points? I meant two.” and stated the 3rd point, thanked the boys for who they are and wrapped up.
/Kodak Out!