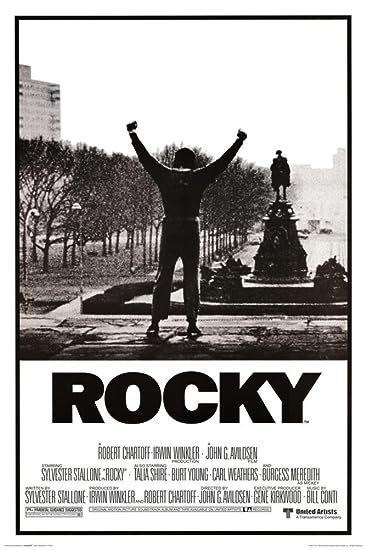 Forty-three years ago on this day, “Rocky” was released to the movie-going public. Rocky would go on to win Academy Awards for Best Picture, Best Director and Best Film Editing. It also earned a bunch of nominations including Best Actor and Best Original Screenplay for Sylvester Stallone who, at the time, was a nobody who no one knew that no one sent. In honor of the 43rd anniversary of the release date of Rocky, a film beloved by F3 Chicago Pax, has no doubt made some Pax choke up and spawned a meme Ladybug would shamelessly go back to the well to use over and over again, the Pax who posted on Thurs, Nov 21 (Lavendar, Noonan, Popper, Sweet-tooth and Homer taking the Q) hurled out of their corner to go multiple rounds with a Rocky-themed beatdown.

Mark the words of YHC, this beatdown will appear again and exceed the number of ridiculous sequels to the original Rocky. So the next time you’re feeling down, remember, your life isn’t a million-to-one shot. So you can do it.